I will be posting Christmas themed horror films over the next 24 days of LosMas; for the twelfth night, I am listing the 2007 French horror movie Inside. 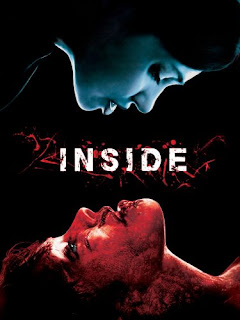 A pregnant woman home alone during the Christmas holiday is stalked by a mysterious woman who intends to steal her unborn child. Why she is being targeted is unknown to her, but with no phone and no help, she will resist as best as she can. Julien Maury, Alexandre Bustillo, directed Inside and starred Alsson Roussel as the terrified mother to be. Inside was released to critical praise and received strong warnings about the terrifying subject matter and intense gore. Covering several genres, Inside is one of the best home invasion movies and a great holiday horror film; it is one of the best films of the New French Extremity movement. Watching the movie is not easy, especially for women who are or may have been pregnant.