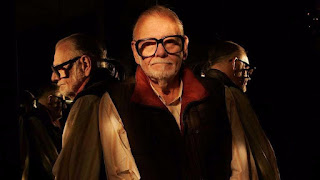 RIP George Romero
Posted by The Losman at 5:39 PM No comments: 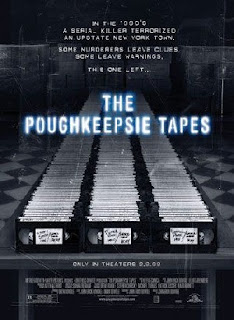 This pseudo crime documentary details the events surrounding a fictional serial killer who operated in the New York town of Poughkeepsie in the 1990s. It begins when a police raid a house and find hundreds of videotapes inside, it is revealed that the tapes document untold numbers of abductions and murders committed by an unknown assailant all cataloged and numbered in order. The serial killer never allows himself to be seen unless he is disguised and in many of the tapes he tortures his victims physically, emotionally, and psychologically. Police and crime experts appear in numerous interviews trying to profile the killer and look for patterns that could aid in his capture. The serial killer is given a name, but not much else is learned about him due to the random nature of the crimes that he appears to plan in a deliberate attempt to confuse authorities. The few bits of footage shown detail a handful of some of his more notorious crimes offering a glimpse into the mind of a genuinely disturbed and evil mind. The Poughkeepsie Tapes was never released theatrically and until Oct 2017 was never released on video in any format except for VOD on DirecTV. This lack of release has added to the notoriety of the film as word of mouth has increased the desire of horror fans to watch and see if it is as disturbing as people say.
Posted by The Losman at 11:40 PM No comments: 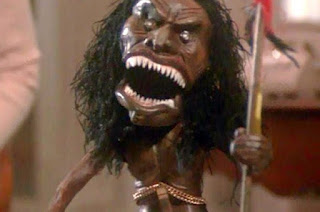 A made for TV horror anthology with three tales of terror written by Richard Matheson, each of the chapters is named for the female lead portrayed by the beautiful and talented Karen Black. Of the three tales, the best is the final chapter offering a terrifying fight for survival against one of the coolest villains of horror. The first tale "Julie" involves a young college student who stalks his teacher and hopes to blackmail her into having an affair. The second "Millicent and Therese" involves a rivalry between two sisters that may lead to a fatal circumstance. The final story titled "Amelia" involves a young woman who brings home a package and is then stalked by an African Zuni fetish doll. The battle that takes place is well paced and acted out wonderfully; we get 20 minutes of absolute terror and thrill. The story is simple, and the FX are quite good, truly brilliant performance by Ms. Black in the fight she has with the evil doll. The Zuni Fetish Doll Rules! Sadly we would find many imitators borrowing on the theme of a killer doll with nowhere near the excellent portrayal of the Zuni Doll.
Posted by The Losman at 7:28 PM No comments: 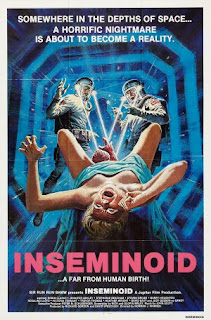 A colony of scientists is on an unknown planet excavating the ruins of an ancient civilization when one of their female members is attacked and raped by an alien creature. She then wreaks havoc on the station and crew as she murders her colleagues to protect the unborn alien hybrids she carries. Released in 1981, Inseminoid was one of the first movies to capitalize on the success of Alien despite claims that it was not influenced by the 1979 classic sci-fi thriller. Of the many films that were made in the years since Alien, Inseminoid aka Horror Planet in the United States was one of the few I did not rewatch. I did not recall much of the film except for the sleazy rape scene and goofy looking space suits. Watching it again reaffirmed that this movie is boring and made up largely of people running around and screaming at a pregnant woman who suddenly becomes homicidal. Unlike the cult classics Galaxy of Terror and Creature, Inseminoid would not get the numerous releases on DVD and Blu-Ray and remains somewhat obscure to most horror movie hounds save for fans of Alien knockoffs.
Posted by The Losman at 12:36 AM No comments: