I will be posting Christmas themed horror films over the next 24 days of LosMas; for the seventh night, I am listing the 2003 thriller Dead End. 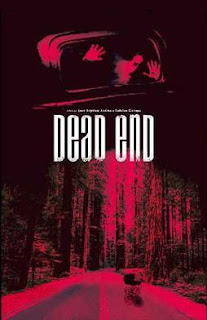 A family taking a trip on Christmas Eve encounter a bizarre series of events after the father takes a shortcut from their usual route. They pick up a hitchhiker and her baby only to learn that it is one of many dark and mysterious events that seem to occur on an endless road. Dead End is a French horror movie directed by Jean Baptiste Andrea and Fabrice Canepa. The film has an excellent cast featuring horror screen queen Lin Shaye, Ray Wise, and Alexandra Holden. The film plays out like an episode of the Twilight Zone and has enough surprises to make this movie a horror-thriller you can enjoy any time of year.