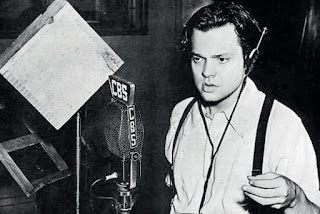 On October 30th, 1938 actor Orson Welles was doing a reading of the HG Well's novel War of the Worlds but diverted from the story by setting the events in modern day 1938. The program continued to play dance music but would be interrupted by reports of a strange object that landed in Grover's Mill, New Jersey. Welles then reports that Martians were attacking the town and other cities with the military being helpless to stop. The program then took a break and returned with a more conventional continuation of the story. The reaction from some of the audience was panic as people did not know the program was fictional and in the aftermath, Mr. Welles had to face the scrutiny of critics as well as the FCC for the deceptive nature of the presentation. Despite this Orson Welles event would help boost his fame and would be remembered as one of the most famous events in radio broadcasting. 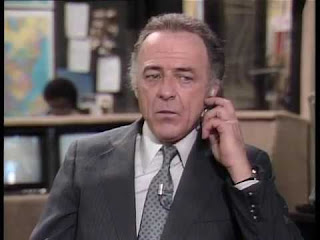 A made for television movie started as a conventional news broadcast that would be interrupted for a breaking story about a terrorist attack in Charleston, North Carolina. The program then showed a hostage crisis with the leader of the group claiming he had a nuclear bomb that he was threatening to use if the Governments of the world refused to destroy all nuclear weapons. Regular commercial breaks were aired, and a notice that the program was fictional was posted, but many did not see these warning and presumed that events were happening in real time. Special Bulletin was shot on videotape instead of film and gave the broadcast a look and feel of a genuine new report and made use of technical glitches and natural mistakes to show the genuine reactions by the news crew in response to the events. Although warnings were posted, some audience members were alarmed by the program in North Carolina especially near Charleston. Special Bulletin would win 4 Emmys including one for Outstanding Drama Special and a Directors Guild and Writers Guild of American Award. 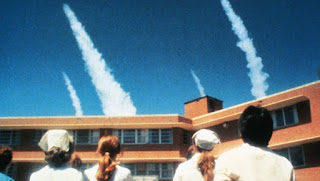 In the midst of the Cold War, the threat of a nuclear attack was on the mind of people with tensions on the rise after the election of Ronald Reagan and the Soviet Invasion of Afghanistan. ABC produced this fictional account of a nuclear attack and its aftermath centered around small towns in Kansas and Missouri. The Day After is presented as a conventional drama with well-known actors and directed by Nicholas Meyer fresh off of his work on Star Trek 2: The Wrath of Kahn. The events of the movie play out through the lives of people who live and work in the town of Lawrence, Kansas and how their lives are drastically changed as a result of the attack and the struggle to survive. Considerable effort was made to make the film as realistic as possible, and the effects of the attack are quite graphic for a television program. The Day After was initially scheduled to be shown over two days as a four-hour film but was trimmed to two hours for a one night broadcast. Nearly 100 million viewers watched The Day After making it one of the most watched TV programs in history; the movie was also released in foreign markets with extra footage that was removed for the US broadcast. The reaction from audiences was intense with many people calling for disarmament as well as many politicians supporting renewed talks with the Soviet Union. President Reagan watched the movie and was said to be troubled by the broadcast, and after glasnost, the film was even shown in Russia a few years later. 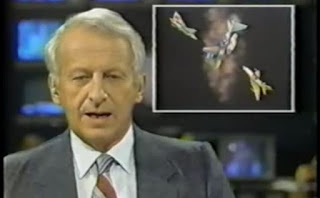 Unlike the previous years made for television movie Special Bulletin, Countdown to Looking Glass is presented in a more conventional dramatization. The events of the movie are shown from the perspective of news anchors and correspondents on a fictional news program similar to CNN. A banking crisis and the assassination of a US ambassador in Saudi Arabia set up a showdown between the US and the Soviet Union after a Soviet-backed coup in Oman threatens the flow of oil from the Persian Gulf. The movie includes some interviews with notable Canadian news reporters as well as American politicians to give the film the look of a real event that is being played out despite the jumps in time. Countdown to Looking Glass was shown on cable channels in the US, so its effect was not quite as impactful as the previous years dramas A Day After and Special Bulletin but the presentation of events does still give the viewer a troubling look at a potential world disaster that could occur given the heightened tensions of the Cold War. 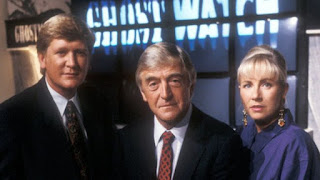 One of the best and most controversial of television faux news movies Ghostwatch was a BBC Halloween special that was aired in 1992 and immediately came under fire for the genuine look and feel of a live broadcast and its use of notable BBC news personalities. Ghostwatch follows a news crew that does a story about a ghost incident in a London household that turns into a much scarier event as the program plays out. Hosted by famous English broadcaster Michael Parkinson, Ghostwatch also featured news reporters Sarah Greene, Mike Smith and Craig Charles who is best known for his role on the English sci-fi comedy Red Dwarf. The fallout from the broadcast was felt immediately as nervous viewers called in thinking the events were real and that the television hosts were in genuine peril. Many people reported incidents of the supernatural that they blamed on the show and there were also reports of people who were traumatized by what they thought were the real events occurring live. In recent years Ghostwatch has received accolades from fans and critics for the genuine fear that the movie provides. With the film being released on streaming platforms like Shudder fans of the original broadcast can share the thrill with new fans who are discovering what has to be one of the most significant television hoax broadcasts of all time. 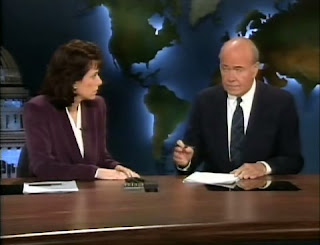 A CBS Television movie that starts as a murder mystery featuring actress Loni Anderson that is interrupted by a fictional new bulletin covering three worldwide events that appear to be related to one another. The rest of the movie features veteran news anchors covering the events of what turns out to be a possible first contact event. Without Warning uses accelerated time to present the events of the fake news broadcast in a manner that would fit the two-hour time frame of the movie. The casting of Sandie Vanocur and Bree Turner as the news anchors gave the movie a more genuine news report feel as both were well-known Television news personalities. Despite warnings that the presentation was fictional, the movie featured an interview with Arthur C Clarke that may have confused viewers. Shown almost 56 years after the infamous Orson Welles broadcast of War of the Worlds, Without Warning faced similar reports of panic in some smaller areas of the country as well as complaints that the warnings were consistent with different markets.
Posted by The Losman at 6:04 PM