On a day known for pulling pranks, I decided to check out and review some films that have April Fools Day as a theme. Strangely, three of the movies were released in 1986 and were all Canadian. The more recent films were released twenty years later and were both copycats of I Know What You Did Last Summer. I have ranked the movies from worst to best so enjoy them if you can find. 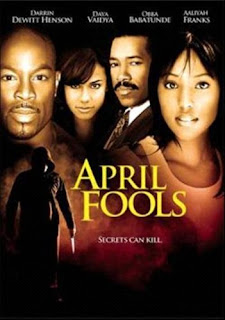 Another silly horror film that seems to have borrowed heavily from other revenge-driven slashers, this one should have been titled "I Know What You Did in the Hood Last Summer." A group of high school friends plays a cruel prank on the school nerd but end up killing him by accident. A year later each of them turns up dead as police try to find who is responsible. The movie is low budget and looks like a poorly made student film; the only highlight is the appearance of hip hop rapper Lil Flip who performs a few songs for the school dance. If the film intended to fool you into watching it, then it succeeded as the only reason I watched was to include in a list of other April Fool themed horror films. 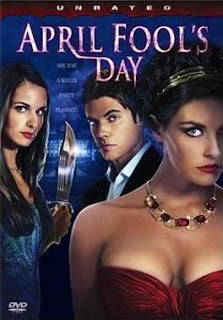 This movie calls itself a remake of 1986 classic "April Fools Day," but it should have instead been called "I know what you did last April Fools Day." This movie differs significantly from the first film and is an entirely different film with the only plot elements they share along with the name is having one character videotaping their activities and a twist ending. The original movie had a great setting, likable characters and was littered with April Fools pranks to lighten the mood. Instead, this "remake" is a very predictable "who done it" with a cast of actors you can't like except for Scout Taylor-Compton. As it is direct to video release the quality of the movie is lacking, it seems more like a movie of the week instead of a remake despite having the same producer from the original film. 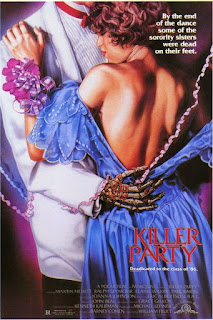 Three college friends are pledging a sorority, and during the initiation one of the girls shows a genuine talent for elaborate pranks. This skill gets her into the sorority but only because her house sisters want to stage an elaborate April Fools prank in an abandoned house that is being used for a party. Someone or something does not want them to use the house for their event, and the party gets crashed by something paranormal. Killer Party was released in 1986 and was going to be titled April Fools Day until Paramount Pictures announced they were producing a film of the same name. The movie is notable for not one but two fake opening scenes that will confuse viewers who may wonder if they have the right film. Killer Party does not take itself too seriously, the death scenes are not too graphic and seem almost comical in execution. 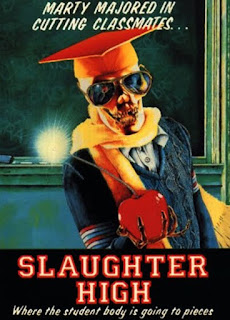 Revenge is a common theme in most slasher movies; it seems like every killer was done wrong by someone in the past, most likely for being an outcast or for merely being weird. A high school nerd is humiliated by a group of students who then take it further by playing another cruel prank that results in him being burned and scarred by acid. Ten years later these same students are invited back for a class reunion only to face a masked killer who takes them out one at a time. Like so many slasher films Slaughter High follows a formula that had already become as derivative as overage actors playing teenagers. This movie does stand out for the sheer cruelty of the prank, those classmates are horrible, and the revenge sought by the killer is so well deserved. It is worth noting that the actor who played the nerd committed suicide after the production of the film, so one has to wonder if any of those on-screen taunts went too far. With three listed directors it does not surprise me that the film is such a mess, it is riddled with numerous fake jump scares, poor lighting and some deaths that are pretty implausible. Slaughter High has gained a cult following for featuring the beautiful Caroline Munro and has been released on Blu-Ray and DVD. Originally titled "April Fools Day" it was changed as not to be confused by the far superior Paramount Picture featuring Deborah Foreman. 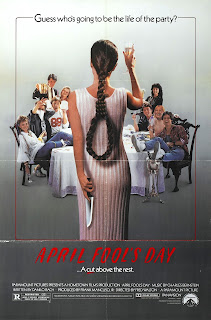 A group of college friends gathers together at the remote island mansion of their mutual friend Muffy as she hosts a weekend party to celebrate their forthcoming graduation. At first, the guests are met with silly pranks, but then the gags begin to cross the line as each guest finds their darkest secret may be known to someone in their circle. As the weekend unfolds, we find guests disappear and turn up dead. Meanwhile, the hostess seems to have taken a dark turn as her personality is now distant and far from the pleasant and beautiful lady they all thought they knew. Trapped with no way off the island and no telephone the remaining survivors face an uncertain fate as they look for ways to escape their seemingly homicidal hostess. April Fools Day arrived amid the glut of teen slasher movies in the mid-1980's but stood out for the seemingly restrained violence that is more present in the standard slasher fare. The movie also features a twist that once revealed will make you appreciate the film after repeated viewing. The standout, of course, is the beautiful Deborah Foreman who was quite a star in her day and a delight to watch as the hostess who may or may not have a dark secret of her own.