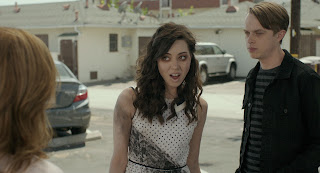 Life After Beth (2014)
Zach's girlfriend Beth dies, and he finds comfort talking to her folks but is surprised when they stop reaching out to him and is shocked to see Beth has returned. When he meets an old friend named Erica his life will get even more complicated as Beth shows a much more angry and hungrier side. 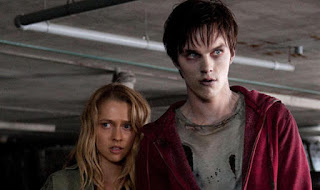 Warm Bodies (2013)
A zombie who is somewhat self-aware begins to feel more alive when he munches the brain of a living human and starts to feel affection the girlfriend of his recent meal. He soon bonds with her and protects her from the more dangerous boney zombie leaders. One of the more original zombie movies in past years, Warm Bodies takes the perspective of the undead and injects some romantic sentiments into a genre not known for such ideas. Burying the Ex (2014)
Max is a horror loving fanatic with a controlling girlfriend named Evelyn who shows little interest in his hobbies. Intent on breaking up with her Evelyn is killed in an accident but returns to harass him and his new love interest, Olivia. This zombie comedy shares much in common with Life After Beth but is not as well known.

Nina Forever (2015)
After the death of his long-term girlfriend Nina, a suicidally depressed Rob begins to date a much younger co-worker named Holly and things are going well until the night they have sex and Nina returns to torment them as a bloody revenant. A dark comedy that is played relatively straight while it focuses on serious issues like loss of a loved one and closure 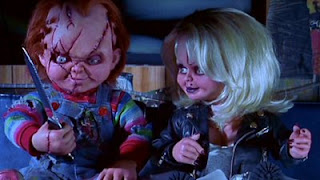 Bride of Chucky (1998)
Tiffany Valentine who was Charles Lee Ray's former girlfriend puts Chucky back to together and revives him yet their love doesn't fully blossom until he kills her and she is resurrected as a female doll. From there the two killer dolls try to steal the bodies of a couple they encounter in one of the funnier segments of the Chucky franchise. 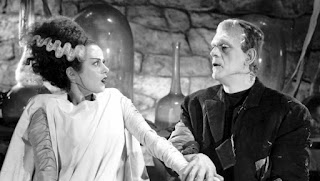 Bride of Frankenstein (1935)
The monster having survived the fire in the mill that had supposedly killed him is taken in by a blind hermit.  He teaches him to speak and then falls under the evil influence of another scientist who presses him to demand a mate from Dr. Frankenstein. A rare sequel that is better than its predecessor, the film marks the reappearance of Boris Karloff as the monster and Elsa Lanchester as both Mary Shelley and the classic bride we all remember.

Let the Right One In (2008)
Oskar is a preteen boy bullied by his classmates who befriends a young girl named Eli who has a secret she shares when they bond as friends. This new friendship gives him the confidence to face his bullies and to learn what love can mean despite her secret. Based on a novel, the film would be remade in the US and is one of the few remakes that stands on its own. 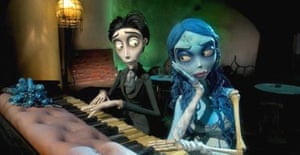 Corpse Bride (2005)
Victor is a shy man who is in an arranged marriage for financial and social reasons. He accidentally marries a deceased woman named Emily after placing a ring on her finger and now must determine how to resolve this issue and return to the land of the living. Tim Burton directed and produced this stop motion animated film with Johnny Depp, Helena Bonham Carter and Emily Watson providing the voices. 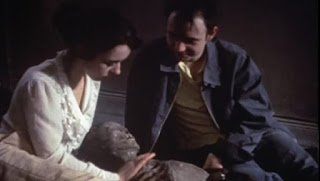 Nekromantik (1987)
Rob and Betty are an unusual couple who decide to spice up their sex life with a corpse that Rob "borrows" from his job as a road accident cleaner. Problems emerge when Betty shows much more affection to the corpse then with her boyfriend. Nekromantik is a film that tackles taboo areas using black comedy and exploitation making it one of the vilest and disgusting movies ever made. One of the top films on my Disturbing Movies collection. 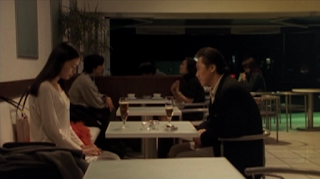 Audition (1999)
A lonely widower takes the advice of his children and seeks a new wife. He holds a fake movie audition so he can interview beautiful women to find the perfect match. When he meets Asami, she seems to be the perfect women for him until she reveals some very dark aspects of her life. Directed by Takashi Miike, Audition is one of the best Japanese horror films in recent years and is a disturbing film in many ways. 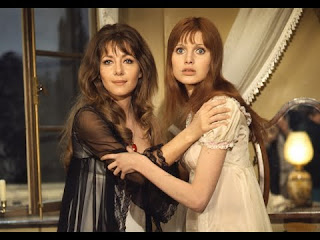 The Vampire Lovers (1970)
Ingrid Pitt plays a young vampire who seduces and kills the daughters of some wealthy families in this Hammer movie that paved the way for a series of similar sexually themed vampire movies that became popular due to their lesbian content and beautiful cast of alluring and buxom women. 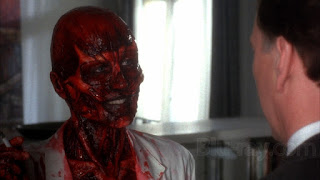 Hellbound: Hell Raiser II (1988)
That bitch Julia is back and with the help of a psychiatric ward doctor the two team together to conquer Leviathan, defeat the Cenobites and her stepdaughter Kirsty. This ambitious and very bloody sequel picks up after the first film and doesn't stop with the blood and guts.

Spring (2014)
After losing his mother to Cancer and his job after a fight, Evan a young American takes a trip to Italy where he meets a beautiful, flirtatious woman named Louise. Evan is not aware that she is not what she seems and her secret may keep her from accepting Evan's romantic intentions. Spring was directed by Aaron Moorhead and Justin Benson and was well received for its romantic tale and Lovecraftian twist.