The Haunting of Molly Bannister (2019) 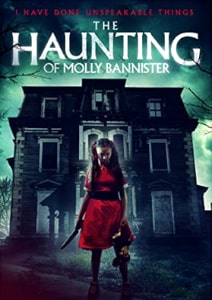 The Haunting of Molly Bannister (2019)

A family at Christmas time is surprised when their youngest daughter opens up a gift containing a doll that neither parent purchased. The daughter names the doll Little Molly after herself and speaks on behalf of the doll. However, her personality changes as the following months bring a series of terrible events that the family believes may be related to the daughter's doll. "The Haunting of Molly Bannister" is an English paranormal movie that mimics deadly doll movies such as Annabelle and Robert and does not stand out. The cast is decent, especially Tiana Rogers as Molly, but there isn't enough to make the film appear anything more than a copycat of other possessed doll movies.