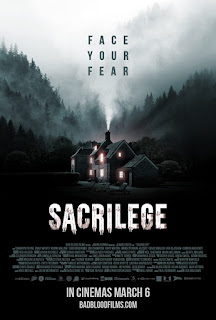 In recent years, movies about cults have become a popular trend, following notable films like The Wicker Man and Midsommar. Four lifelong friends decide to reconnect at a rural UK country home with a weekend to reconnect. They indulge in some of the local libations with a nearby festival that results in them confronting their fears. Whether they will survive will depend on their choices, and if they are strong enough to face the dangers they don't know are present. Sacrilege is a 2020 UK horror film that uses the reliable horror trope of outsiders facing troubles from a seemingly peaceful community. As a result, the film is another knockoff of The Wicker Man with a cast of unknown actresses as the victims. However, the film does have some beautiful scenery, and the location is idyllic as it was filmed in Wales. If you haven't watched Wickerman or Midsommar, this movie will scare you the same way, but it certainly isn't in the same arena as those cult horror classics.