31 Days of Horror Lists by the Losman- Deadly Sea Creatures

Top 10 Deadly Creatures from the Sea 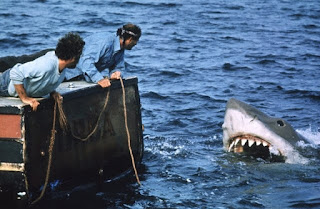 Sharks- One of the top predators of the sea, since Jaws came out in 1975 the Great White Shark has become one of the most feared of all sharks and continues to be featured in many other films. Many of the species are just as deadly and have been featured as well.

Killer Whale- Orcas have mostly been portrayed in family-friendly films and more recently in documentaries like Blackfish. They are the top Apex predator of the sea and have only been featured in one horror film yet as a sympathetic antagonist.

Piranha- These freshwater fish of the Amazon are feared for their razor-sharp teeth and ability to overwhelm their prey when they swim in large numbers.

Gwoemul: This amphibious creature was featured in the Korean film The Host. It is extremely aggressive and feeds on humans. 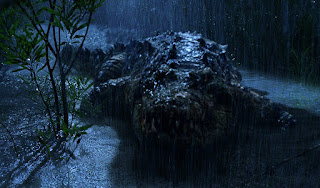 Crocodile: Large crocodiles and alligators, normally not as aggressive as sharks are still pretty dangerous and have been featured in a number of horror movies. 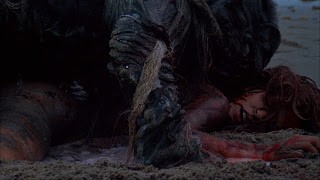 Amphibious Humanoids: From movies like Creature From the Black Lagoon to Humanoids From the Deep we have a small number of movies featuring human hybrids that often attack males and kidnap females for mating.

Crustaceans: Hard-shelled sea creatures have been featured in a few movies, mostly large or oversized. 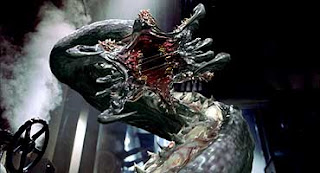 Kraken: Large squid-like creatures with tentacles have been featured in a number of fantasy films as well as movies involving ships at sea.

Octopus: Similar to the stories of the Kraken but smaller, Octopi have appeared in movies where they are often paired with other killer creatures. 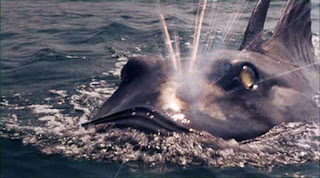 Devil Fish: These are fish that are often prehistoric or unusually large, often featured in movies meant to capitalize on the success of Jaws.