Italian Horror Movies That Were Renamed Films- 68 Days To Halloween 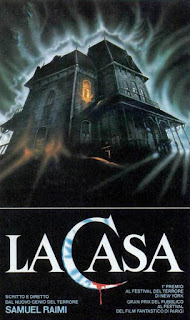 La Casa (a.k.a. The Evil Dead)
In 1981 Sam Raimi's Evil Dead was distributed in Italy under the title La Casa with a poster listing Samuel Raimi as the Writer and Director. The unique poster features Casa with the C in the shape of a curved blade with a drop of blood. The film was successful and would be the first of 7 mostly unrelated movies released in the La Casa series. 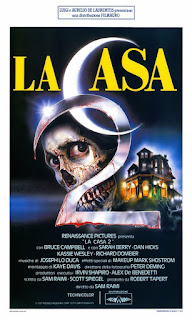 La Casa 2 (a.k.a. Evil Dead II)
The second movie in La Casa series was the 1987 sequel Evil Dead 2 listed as La Casa 2. The poster features Casa with the C looking like a crescent moon and includes the number 2 shaped like a sickle. The Evil Dead's distinctive skull with eyeballs is also included to tie it in with the American version of the poster. 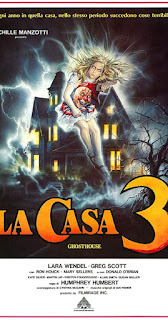 La Casa 3 (a.k.a. Ghosthouse)
Director Umberto Lenzi's 1988 Italian horror film Ghosthouse was screened in France and Japan before being released in Italy. The name was changed to La Casa 3 to tie the movie with the two successful films. It would work, but the quality of this film was nowhere near that of the first two Sam Raimi films. 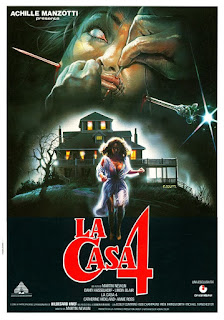 La Casa 4 (a.k.a. Witchery)
After the success of La Casa 3, producer Aristide Massaccesi and distributor Claudio Lattanzi got to work on a followup film that would share the name but not much else. The film Witchery starring David Hasselhoff and Linda Blair would be released as Casa 4 with a plot involving a group of people trapped in a house during a storm who face the wrath of an evil witch. 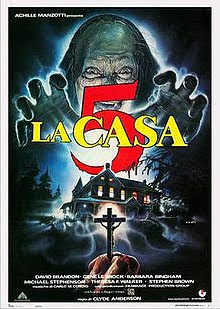 La Casa 5 (a.k.a. Beyond Darkness)
The fifth movie released in Italy as La Casa 5 was known as Beyond Darkness in markets outside of Italy. The movie features a plot involving a priest and his family moving into a new house who encounter ghostly terrors. The film, like the previous movie, mixes elements of The Amityville Horror with The Exorcist to make a haunted house movie that would be included in the La Casa franchise. 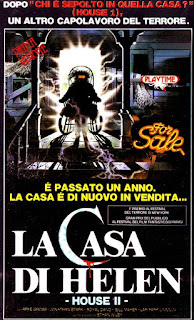 La Casa 6 (a.k.a. House II: The Second Story)
The sixth film of La Casa series was the Amerian film House II: The Second Story. The movie featured Arye Gross, Lar Park Lincoln, and John Ratzenberger in a film that itself was part of a franchise called House back in the US. The movie is a horror-comedy, and despite its supernatural plot is more of a black comedy than a serious horror film. 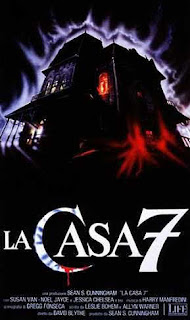 La Casa 7 (a.k.a. The Horror Show)
The final movie in the Casa series was a followup to House II called House III: The Horror Show. The film starred Lance Henriksen and Brion James with a plot that involves a death row inmate who comes back to life to seek revenge on the police officer who captured him. The serious tone of this horror movie compared to the previous House films convinced te producers to call the film The Horror Show.
Posted by The Losman at 2:04 AM