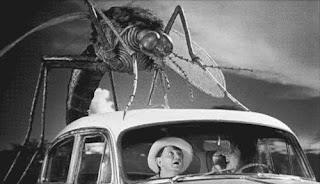 Mosquito (Popcorn)
This movie was a fictional giant monster movie from the 1950s that was shown in 3D as was the case with many other similar films of that era. 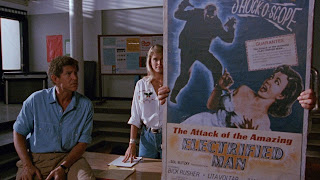 Attack of the Amazing Electrified Man (Popcorn)
Popcorn featured theater seats wired with electric sensors, and this film was a nod to William Castle's The Tingler with random jolts to get the crowd involved in the fun. 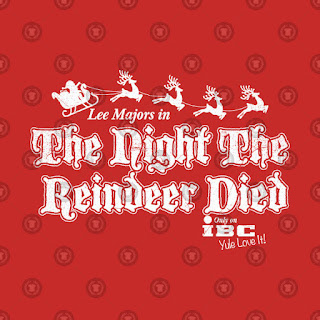 The Night the Reindeer Died (Scrooged)
A preview for a fictional holiday film that was inspired by Assault on Precinct 13 and Die Hard 2. Featuring Lee Majors, this film looks like it would have made an entertaining action film. 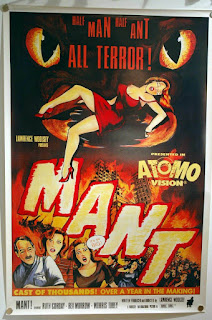 Mant! (Matinee)
Joe Dante's Matinee was an excellent throwback to the classic 1950s atomic monster movies popular in that era. The film featured is called Mant and is inspired by movies like Tarantula, Them and other big bug movies. Matinee even featured a nod to director William Castle with electric wired seats to send electric shocks to random audience members. 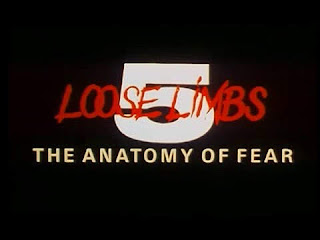 Loose Limbs 5 (Evil Ed)
A film editor is brought in to finish a franchise horror movie after the previous editor committed suicide. After watching hours of gory images, he is driven over the edge in this Swedish horror-comedy. 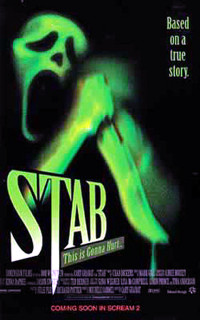 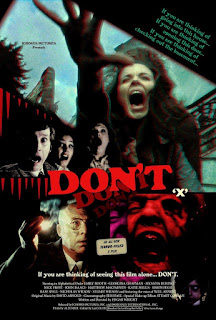 Don't (Grindhouse)
Edgar Wright contributed this faux preview for the double feature Grindhouse and modeled it after a 1970s style Hammer movie with Jason Issacs. There are a number of other actors in a film that was purposely made to look like an old 1970s horror import. 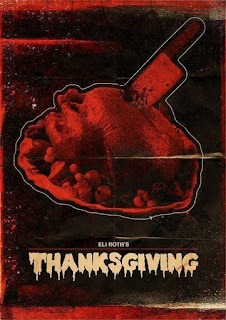 Thanksgiving (Grindhouse)
Eli Roth helmed this preview for a slasher movie that would take place during Thanksgiving. Thanksgiving delivers enough gore and decapitations to guarantee a red band trailer if it was real. Why hasn't Eli Roth made this and why is it not on a gimmick filled Bluray? 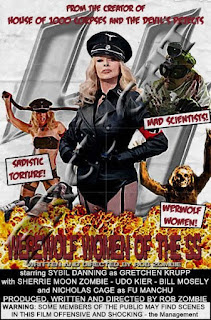 Werewolf  Women of the SS (Grindhouse)
Rob Zombie directed this faux preview in the Grindhouse movie that featured Nicolas Cage, Udo Kier, and Sybil Danning. Zombie blended Nazisploitation and werewolves in a film that certainly should have been made for the sheer hell of it. 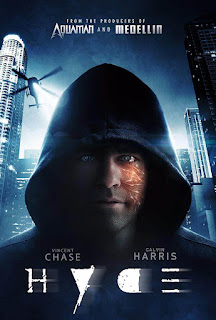 Hyde (Entourage)
The plot of the 2015 Entourage film centers on Vincent Chase deciding to direct and appear in a movie based on Dr. Jeckyl and Mr. Hyde. Unable to complete the film, Vincent turns to Ari Gold to seek out the needed funding for a project that could make or break all involved. 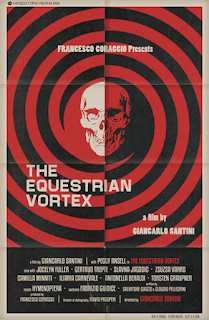 The Equestrian Vortex (The Berberian Sound Studio)
An English sound engineer is brought in to work on a movie he is told would be a film about horses but is instead a slasher centric Giallo film. He is then driven to madness as he tries to get the perfect scream and work with the less than honest producers. 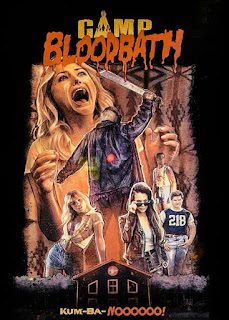 Camp Bloodbath (The Final Girls)
Malin Akerman plays a scream queen who dies in an auto accident after a failed audition. Her daughter has to deal with her fans who demand she participate in a screening of her mother's film Camp Bloodbath. The movie utilizes a Purple Rose of Cairo style moment that draws her and her friends into her mother's classic slasher movie.
Posted by The Losman at 1:40 AM