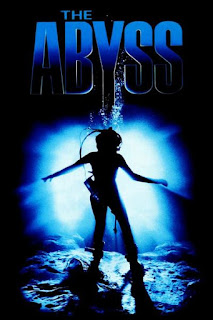 The Abyss (1989)
A team of underwater oil workers is conscripted to search for a missing US navy sub. Once below, they encounter unknown creatures that emerge from the depths, putting the crew at odds with Navy personnel who fear its a Soviet ploy. Directed by James Cameron, The  Abyss was one of the significant summer blockbusters of 1989, but the complicated special effects delayed the release until August 1989. Unlike the many films listed below, The Abyss is the only pure science fiction film and would be a commercial success as well as the winner of an academy award for the visual effects. 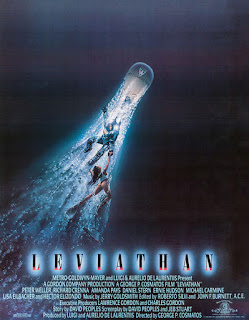 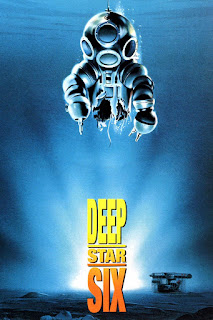 DeepStar Six (1989)
A group of marine construction engineers unleashes an ancient creature which soon attacks the aquatic habitat. The giant monster which resembles an enormous lobster is the real thrill of this blatant copycat of the MANY underwater films of 1989. Starring Miguel Ferrer, Matt McCoy, and Nia Peebles. The only reasons to watch this movie are to watch McCoy get munched by the lobster and to watch Ferrer get a severe case of the bends. Made by Sean Cunningham who should have known better. DeepStar Six was released January 13, 1989. 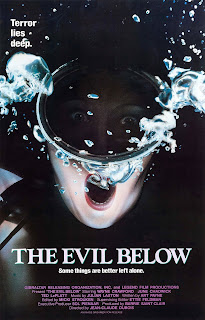 The Evil Below (1989)
A charter boat captain is hired by a tourist to seek a fortune in buried treasure in a sunken ship called "El Diablo." They encounter trouble from a crime boss and a businessman who warns of a supernatural presence that guards the treasure. The Evil Below was released on video in July 1989 a full month before the release of the Abyss. Of the many other films released that year, this one is one of the lesser-known films. 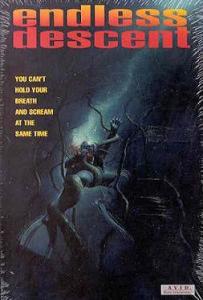 The Rift aka Endless Descent (1990)
A NATO crew is sent to investigate the disappearance of another underwater vessel. After finding the black box, they discover a rift with an underground cave system that harbors some illegal genetic experiments. The Rift was the only movie in this group that did not release in 1989. The film featured Jack Scalia, R Lee Ermey, and Ray Wise 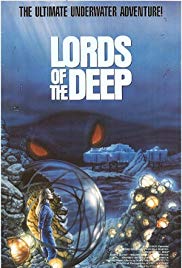 Lords of the Deep (1989)
Scientists in an underwater lab discover a mysterious creature that they fear may be dangerous after a relief crew disappears. Produced by Roger Corman, Lords of the Deep was released on April 1989 with a cast that included  Bradford Dillman, Priscila Barnes, and Daryl Haney. Lords of the Deep featured in the twelfth season of Mystery Science Theater 3000.
Posted by The Losman at 12:42 AM