Zombi 2 (1979)
Easily the most famous and most well-known of Fulci's Zombie films. Zombi 2 was an instant hit and drew in many fans when it was released as cash in on George Romero's Dawn of the Dead. Not for everyone, the film boasts some rather disgusting and bloody gore effects including numerous zombie gut-munching scenes, mounds of maggots and an eye being impaled by a wood splinter. Also known as Zombie and Zombie 2, Lucio Fulci's grandmaster film would arrive as an unauthorized sequel to Dawn of the Dead.  Zombie would stand on its own as an essential horror film in its right. 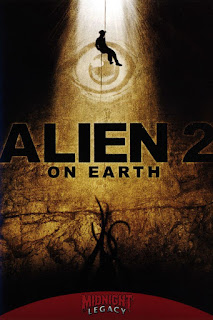 Alien 2: On Earth (1980)
After the success of Ridley Scott's Alien Italian director, Ciro Ippolito was tasked with making a quickie sequel to capitalize on the recent sci-fi hit. The movie has a group of astronauts returning to Earth with a blue rock tagging along. You then see a group of cave explorers find the rock, and once inside the cave, they are attacked by a creature that came from the rock. Calling this film a ripoff would be too kind as the movie does very little to make itself anything but a cash grab. Thankfully 20th Century Fox was able to keep this abomination from being released in the US, and of course, we would see the proper sequel to Alien in 1986. 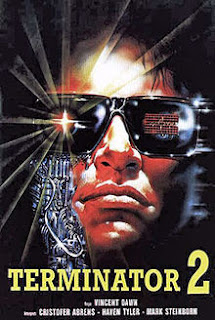 Terminator 2 (1989)
This film, directed by Bruno Mattei, can't quite make up its mind which movie it wants to ripoff. Called Shocking Dark in some countries that is was released, the movie was billed as Terminator 2. The movie featured a cyborg on the cover that looked very much like James Cameron's The Terminator. The film is a ripoff of Cameron's Aliens with an ending that features a Terminator-like villain. 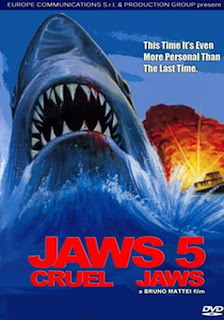 Jaws 5: Cruel Jaws (1995)
Directed by Bruno Mattei, this shark movie was filmed in Florida but was not released commercially in the US. Its notoriety came from the film being released on video with the title Jaws 5: Cruel Jaws despite the movie not being related to any of the previous four Jaws movies. The films shark prop is laughably bad when it is used in attack scenes.  While other more realistic images of sharks are either stock footage or taken from Jaws movies which made the video unreleasable in the US. 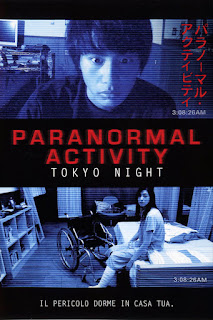 Paranormal Activity 2: Tokyo Night (2010)
The success of Oren Peli's Paranormal Activity caught the horror movie scene by surprise with its simplicity and terrifying direction. It is surprising that a sequel did not soon follow the 2007 movie. In 2010 an independent yet unrelated film was released in Japan that used the Paranormal Activity name and pretty much followed the same premise to tell a similar story but set in Tokyo. An official sequel to Paranormal Activity would be released in 2010, so this movie only really enjoyed a Japanese release and notoriety as a fake sequel.
Posted by The Losman at 10:22 PM