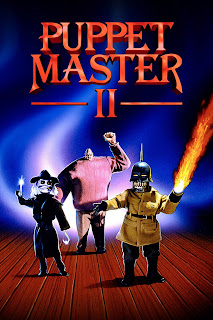 A group of paranormal investigators gathers in an old house to investigate the death of a woman killed in the previous movie and soon find themselves attacked by the army of puppets created by Andre Toulon. This sequel to the 1989 Full Moon cult classic returns the killer dolls that made the first film a fan favorite and staple of video store horror shelves. Following the same formula, Puppet Master II delivers more kills and some fun stop motion puppet fun with the iconic collection that made Charles Band a favorite among horror movie watchers.