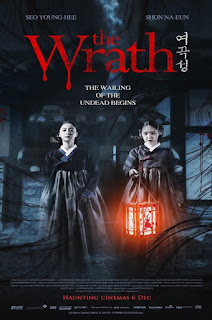 An orphan woman of common birth is arranged to be married to the last living son of a noble Korean family. Her role in the family may not matter much when she faces the stern Madam of the house and learns that the family has a deadly curse. 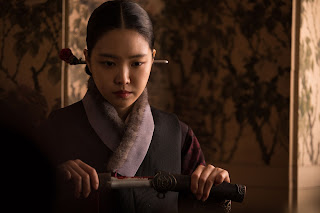 The Wrath is set in Korea during the Joseon Era and is a remake of the 1986 film Woman's Wail. Ok-bun (Son womansNa-eun), a young woman who marries into an important family but loses her husband on their wedding night due to a vengeful spirit. She learns that her two sisters in law are also widowed but treat her horribly due to her humble origins. At first, Ok-bun is treated like a lowly servant, but when she becomes pregnant, she is elevated in status with more exquisite clothes and better treatment.  She soon learns the family curse puts her and her baby at risk. The Madam of the house, Lady Shin (Seo Young-hee) seeks the help of a Buddist exorcist Hae Cheon-Bi (Lee Tae-ri). After witnessing the great evil spirit Wol-ah, he is troubled but determined to help the young widow. He warns Ok-bun that she must leave the house or risk being cursed like everyone in the family. 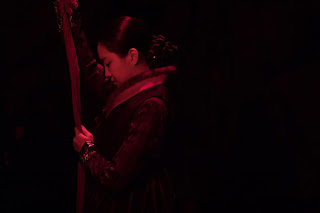 The Wrath was directed by Yoo Young-sun and released in late 2018. As a remake of the 1986 film, Woman's Wail the film differs from the more contemporary Korean horror films Train to Busan, The Wailing, and I Saw The Devil. The setting and costuming are excellent, giving the film a look of a proper period piece. We also see the family politics as her two inlaws scheme to curry favor from the Madam despite the curse being responsible for the deaths of their husbands. They would rather live as privileged chaste widows then leave the cursed house. The film also shows the marked difference in social class as the nobles are finely dressed in colorful attire while servants are more modestly attired. As a remake, the film does not break any new ground and relies on the usual tropes found in haunted house movies. The supernatural spirit Wol-ah is shown in the form of mist and a child-like cackle that puts the family members on edge. Korean Popstar Son Na-eun plays Ok-bun quite effectively and shows courage, whether its the evil spirit or her scheming inlaws. Overall the film does succeed as a supernatural thriller thanks to the performances of Son Na-eun, Seo Young-hee & Lee Tae-ri. Where the movie may have trouble is finding an American audience as the film is in Korean and has a cast unfamiliar to most fans of Korean horror. The Wrath is premiering on the horror streaming service Shudder in early September 2019.
Posted by The Losman at 10:34 PM