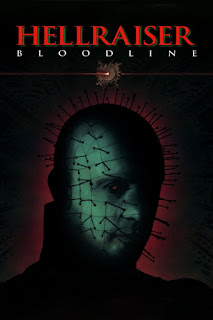 Hellraiser: Bloodline (1996)
Released in 1996, Hellraiser: Bloodline went through a complicated production that led to the original director Kevin Yagher leaving the film. Miramax hired Joe Chappelle to replace Yagher with significant changes made to the movies, including cutting 25 minutes from the movie as well as giving the film a more upbeat ending. For this reason, Yagher asked to have his name removed. 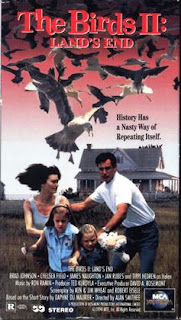 The Birds II: Land's End (1994)
A made for TV movie that essentially copies Alfred Hitchock's 1963 thriller The Birds. The Birds II was directed by Rick Rosenthal and even featured Tippi Hedron in an unrelated role. The film was panned by critics and received terrible reviews resulting in the director wanting his name removed from the final product. 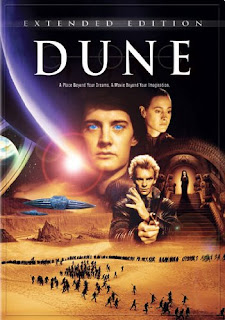 Dune: Extended Version (1984)
David Lynch's rough cut of Dune ran four hours, and he intended to edit it down to three hours. Universal wanted a two-hour movie and made numerous cuts and changes to the film. A television version was made that ran three hours included some of the cut scenes.  This version had a completely new opening narration along with poorly edited footage to pad the length of the movie. This version was released on DVD as Dune: Extended Version. David Lynch asked to have his name removed from this version and has not made a director's cut of the film. 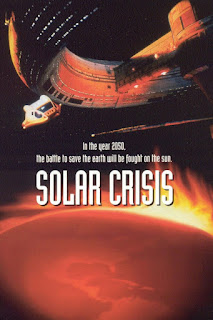 Solar Crisis (1990)
A Japanese American science fiction production featured a plot involving a deadly solar flare threatening the Earth and a space ship sent out to drop a bomb to stop it. The scientific advisor hired for the film tried to get the plot changed due to the absurd premise but realized he was appointed to make it sound more plausible. After a weak opening in Japan, the film had some edits made for the US release that resulted in director Richard Sarafian demanding his name be removed. 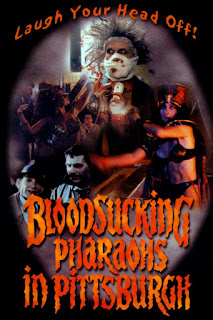 Blood Sucking Pharaohs in Pittsburgh (1991)
A series of grisly murders in Pittsburg have taunting messages written in hieroglyphics. A horror comedy with loads of visual gags and other silly jokes. Director Dean Tschetter disowned the final product. 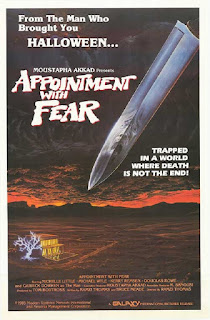 Appointment with Fear (1985)
A horror-fantasy about a man under the influence of an Egyptian curse which allows him to seek revenge on his foes using astral projection. Producer Moustapha Akkad was shown a cut of the film under the title "Deadly Presence" and fired director Ramsey Thomas. After numerous changes were made and the film was re-edited Thomas declined credit as director. 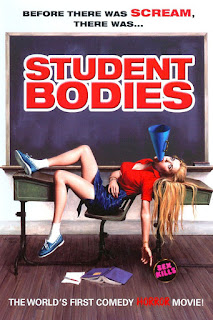 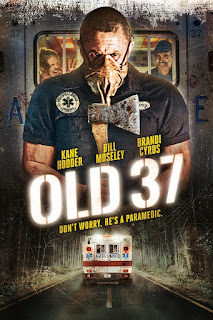 Old 37 (2015)
Old 37 was called "a blood-soaked, slasher fan's wet dream" by Dread Central with a plot that involves two psychopath brother pretending to be paramedics who prey on teens. With a cast that includes horror movie greats Kane Hodder and Bill Moseley, Old 37 was released in 2015. Director Christian Winters had his named removed after control of the film was lost. 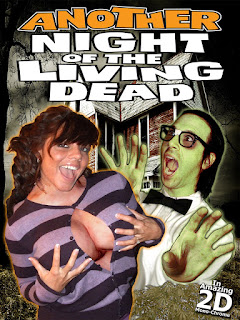 Another Night of the Living Dead (2011)
A mashup film that inserts some new scenes and characters into the classic 1968 zombie film by George Romero. The extra footage includes some nudity and profanity as well as some humor to add a fresh take on the famous movie. As a result, this version has Alan Smithee listed as the director in a deliberate manner. 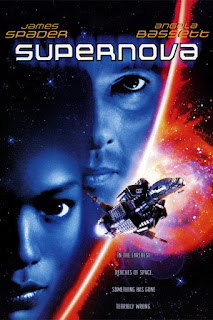 Supernova (2000)
This sci-fi thriller was released in 2000 with an excellent cast that included James Spader, Angela Bassett, Robin Tunney, and Peter Facinelli but failed at the box office. Supernova was directed by Walter Hill, who was the second choice after Geoffrey Wright walked out due to creative differences. Hill was brought in as a result of James Spader's recommendation due to this work as a writer and producer on the Alien movies. Hill would quit after poor reaction during a screening and disputes with the studio. Jack Sholder was then brought in to help, and he re-edited the film, and his version did get a better audience reaction. MGM then authorized a new cut of the film supervised by Francis Ford Coppola that made even more changes. This changed the overall look of the movie from Hill's more dark and disturbing plot to one that focused more on romance. Supernova would eventually be released in 2000 but had so many changes made from the original script. Walter Hill asked for the director name be listed as Thomas Lee to avoid the stigma of Alan Smithee. Supernova opened poorly in the theater and was one of the biggest movie bombs of that year.
Posted by The Losman at 11:12 PM