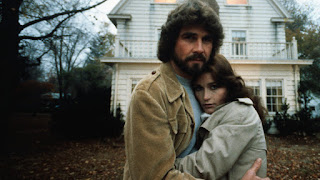 I grew up knowing Margot Kidder as Lois Lane and she is still the perfect match for Superman. Yet Ms. Kidder had a great body of work that covered drama, thrillers, and horror. Most notable was the 1974 slasher forerunner Black Christmas but the biggest impact she made in horror was playing Kathy Lutz in 1979 The Amityville Horror. In later years she would follow up the success of these films with a number of Superman sequels but her career took a decline with less than notable roles and a nervous breakdown. In recent years Ms. Kidder would make a comeback doing television roles, stage work and even appearing in Smallville. She would have a small role in Rob Zombie's Halloween II and would win an Emmy for her work on RL Stine's The Haunting Hour. A beautiful actress who will be missed greatly.
Posted by The Losman at 1:03 PM