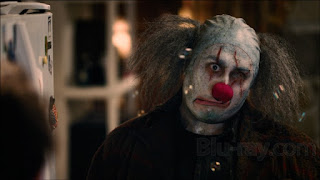 Stitches (2012)
A children's party clown dies in a bizarre accident but comes back to life to seek revenge on the now older kids who were at the party. 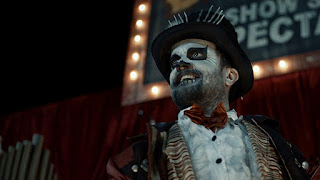 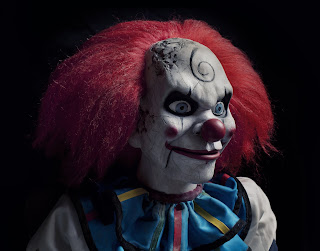 Dead Silence (2007)
After receiving a mysterious package a woman is murdered soon after, her husband suspects it may be related to a dead woman who was a ventriloquist in a small town before a scandal ended her career. 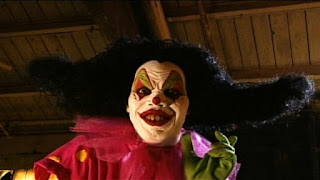 Killjoy (2000)
A young man uses dark forces to make a childhood doll come to life to seek revenge on a group of thugs after they take away a woman he loves. After his death, the evil clown seeks out those who killed his master. 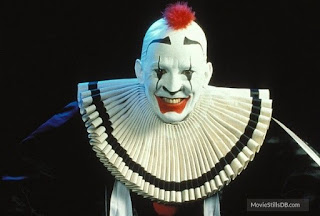 The Clown at Midnight (1999)
A group of students restoring an abandoned opera house becomes the victims of a deranged killer who locks them inside, seeking the daughter of a woman he murdered years before.

Dead Clowns (2004)
A hurricane unleashes a group of undead clowns that seeks revenge on the local community who thought they had put aside the horrific tragedy years before. 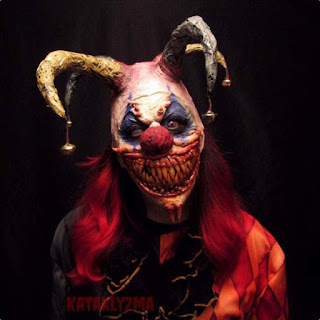 Mr. Jingles (2006)
After being sent to prison for a crime, he did not commit a man seeks revenge on those who sent him away. 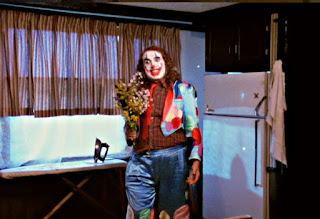 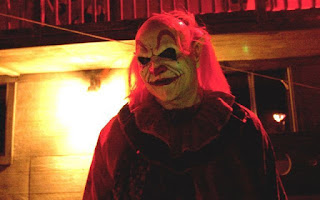 Houses October Built (2014)
A group of Halloween haunted house patrons seek out the scariest haunted house attraction but find it may not be the thrill they are seeking.
Posted by The Losman at 12:38 PM