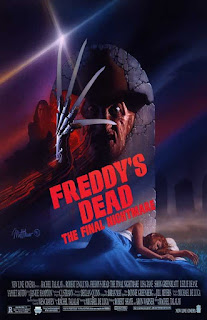 Another survivor who eluded Freddy appears to be troubled by his experience and finds he has amnesia. His psychologist has some other things planned for him in one of the most unoriginal installments. We get a little more background on Freddy, including the fact that he was married and daddy. 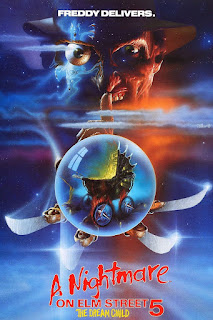 Once again, we find Freddy return to the usual chore of killing teens. This time, Lisa Wilcox returns as the survivor from the last film who should have turned down the call to return in this so-so installment. Wilcox finds herself pregnant, and Freddy decides to use her baby as a vessel for his return to the real world so he can appear in more silly sequels. 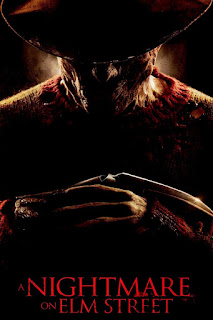 Telling a slightly different story the 2010 remake of A Nightmare on Elm Street has a group of high school friends seeing classmates die and learning that they all attended a preschool with a man who was accused of molesting them. As more teens are killed in their sleep clues are found and secrets revealed that will help them fight back. This unnecessary remake cast Jackie Earle Haley in the role that Robert Englund made his own. To be fair, Mr. Haley does a good job portraying Freddy Krueger but the rest of the movie was just too worn out and offers nothing new or exciting to the franchise. 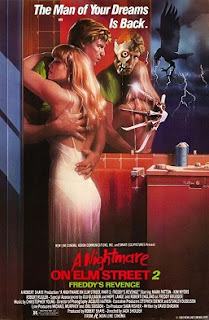 Freddy comes back to haunt a new family and uses a confused young boy to allow him to haunt the world outside of dreamland. Freddy uses his newfound power to slice up more teens, yet he encounters trouble with the boy's gal pal played the very cute Kim Myers. 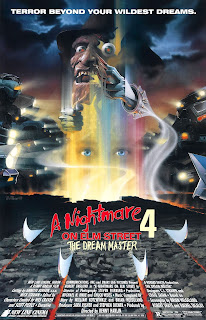 As usual, the once dead and buried killer is brought back by some stupid teens that should have watched a few horror films to know better. Once again, the knives slash the remaining survivors from the previous film along with the now annoying corny jokes that have dragged down Freddy as a terror maker. Decent FX and a few unique dream sequences don't make up for the rather dull storyline and comical killer. 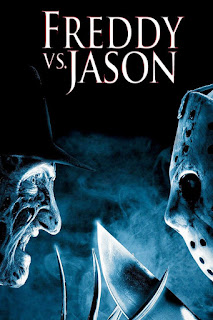 A long-rumored matchup with two of the most infamous 80s slashers was hinted at the end of 1993's Jason Goes to Hell but it would take a full ten years before we would see them duel it out. In this installment, Freddy is not able to haunt the dreams of a small town so he sets Jason loose in the town. As bodies pile up Freddy realizes that Jason is stealing his glory so an epic duel is staged. The reaction from fans was great but the storyline was the usual slice and dice. This would be the last time that Robert Englund would portray Freddy. 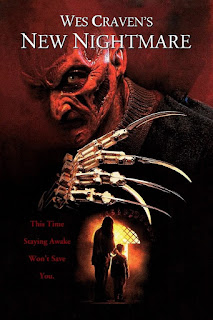 In what has to be one of the most original and imaginative horror tales in recent years. Wes Craven employs real-life with Hollywood imagery to spin a crafty tale that pushes Freddy back where he belongs and showcases Craven as a true Horror Master. 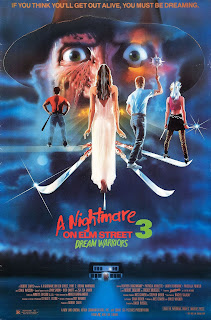 Heather returns in one of the best of the many sequels as a counselor helping suicidal troubled teens deal with their nightmares. She uses a group therapy technique to root out Freddy and uses the kids as an army to combat him in his domain. This way, cool sequel co-wrote by Wes Craven brings together a decent script with some outstanding FX and some cool cameos by Dick Cavett and a Gabor sister. 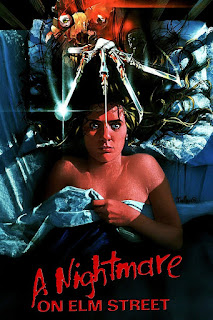 A disfigured bogeyman haunts and murders the children of the people who had stalked and murdered him a generation before. The daughter of the sheriff discovers the trend and tries to stop this evil menace. Robert Englund would forever be associated with the striped shirt, fedora hat, and trademark finger knives. This movie was well made and boasted some great special effects, the gore not too bad, and the story was top notch.