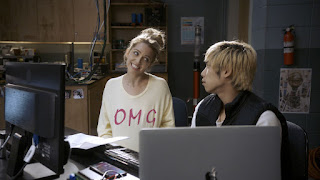 Happy Death Day 2U
Tree finds herself and her friend caught in the same time loop, but this time she finds out why it is happening and must put a stop to it when she fears that she may be running out of lives.

While babysitting the daughter of the Warrens, the Annabelle doll is mistakenly released from her glass case and causes havoc in the home as the three young ladies fight to survive 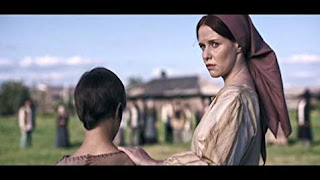 The Golem
After a deadly plague outbreak leaves a Jewish community threatened by hostile neighbors a woman uses the Kabbalah to summon a savior for their village, but the greater danger may come from her creation.

The Hole in the Ground
After her son disappears, a young mother finds a mysterious crater as well as her son but begins to suspect that he may not be her son after he displays behaviors that disturb her.

The Nightshifter
A morgue technician who can talk to the dead finds his family may at risk when he learns some secrets from a deceased acquaintance.

Climax
A post-rehearsal cast party for a troupe of dancers turns into a drug-induced nightmare of decadent behavior and self-mutilation when they drink sangria laced with an LSD like drug.

Us
Jordan Peele's sophomore entry into horror has a family encountering mysterious doppelgangers that threaten them while they are staying in a vacation home.
Posted by The Losman at 10:39 PM