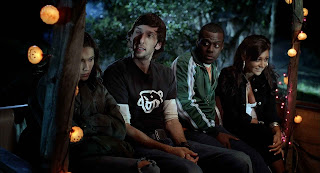 Hatchet (2006)
Two friends partying on Mardi Gras decide to take a haunted boat ride through a Louisiana swamp with a group of tourists as they learn about the legend of  Victor Crowley. After the group gets stuck, they find themselves being murdered and ripped apart by the monstrous Crowley who is then confronted by a mysterious girl named Marybeth who has a vendetta with the swamp killer. 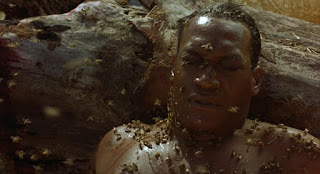 Candy Man: Farewell to the Flesh (1995)
A young art teacher finds herself immersed in the Candyman legend when her brother is arrested for a brutal crime; we then discover that her father was mysteriously murdered in a vicious manner similar to the style as her brother. She is then shocked to find a student of hers sketching a creepy character named Candyman. From there she decides to do the deed and say his name in New Orleans on the eve of Mardi Gras where we get more murders and a full origin story of Candyman.

Mardi Gras Massacre (1978)
A man in New Orleans hires prostitutes and sacrifices them to an Aztec goddess. Police begin to search for the killer as he prepares for a big Mardi Gras sacrifice with three women he is holding hostage. 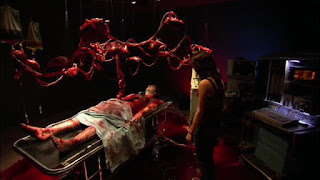 Autopsy (2008)
After attending Mardi Gras, a group of friends get into a car accident but are surprised by an ambulance that arrives without anyone calling for one. They arrive at a strange hospital where they individually become victims of the deranged staff who are working to save their boss's wife, even if it means having their bodies ripped apart for her medical needs. 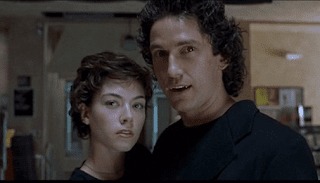 Dracula 2000 (2000)
Thieves break into a store owned by the descendant of Dr. Van Helsing and steal a coffin they think contains valuables, but instead has the body of Dracula. The plane carrying the coffin crashes in Louisiana where Dracula proceeds to find new brides and victims with Van Helsing having to hunt him down yet again. 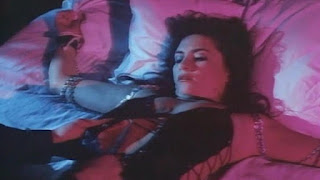 Night Trap (1993)
A series of vicious homicides have police chasing a serial killer who is on a killing spree during Mardi Gras. This movie was featured on Joe Bob Brigg's show where he gave it a colorful review despite the otherwise wasted effort.

Zombie! vs. Mardi Gras (1999)
An indie horror parody that follows a deranged occultist who summons "Zombie!" to seek revenge on Mardi Gras partiers for injuries he suffered during the drunken street parties. The film includes unrelated sketches and shots of women flashing their breasts during the Mardi Gras celebration but otherwise is rather uneventful.
Posted by The Losman at 1:01 PM